As a writer that often focuses on hip-hop music, I tend to pay attention to things that wouldn’t make it onto most others’ radars. Like, who the first artist with a ‘Lil’ name was, what ever happened to the ‘real’ Rick Ross, or the non-fictional motivations behind Drake lyrics. It’s a symptom of the habit. Sometimes, though, tracking these trends, news items, and rollouts can get tiresome and boil over into straight up cynicism. Lil Durk’s forced ‘celebrity relationship’ with Dej Loaf is one of those items: I just can’t fuck with it anymore. 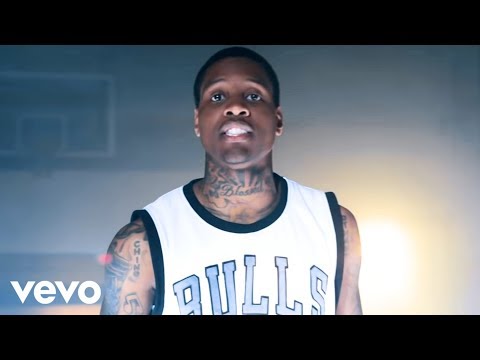 Let me preface this by saying that I grew up at a time when there was a respectable amount of females in hip-hop. I grew up in a time when women rappers were a force in the industry and the monolithic feel of a singular Nicki Minaj representing everyone seems odd to me. It’s with that in mind, I guess, that I started paying attention to the rise of Detroit native Dej Loaf beginning with the breakout of her single “Try Me” in late 2014. At the end of the hypnotizing track, Loaf infamously states, “And I ain’t signin, bitch, I’m independent.” Of course, a few weeks later, she was on Columbia’s roster.

The timing of the song’s rise coincided perfectly with SXSW, and her label’s first attempt at linking her with a male character to make her seem more important. That time, it was Chance The Rapper, who threw an arm around her in what appeared to be an independent match made in heaven. FADER even profiled their time together in a weird piece of propaganda that came complete with video and promotion. It was weird, appeared somehow forced in a celebrity relationship kind of way, but innocent enough, as the two of them acted as part of a similar Midwest wave that gave it prescience.

What was obvious then and has become increasingly prevalent since, is that her marketing team has no idea what to do with Dej Loaf. Instead of letting her focus on the music, prepare for her label debut, and ride the success of Sell Sole, the machine swooped in to doll her up and find a male suitor to somehow endear her to fans. It started with the Chance/Fader piece and continued into this increasingly faux relationship with another Chicago rapper, Lil Durk, who has been “rumored” to be with Dej. Those “rumors” were put to rest late last year with the release of the pair’s collaboration “Ms. Beyonce”, which got a video this past week.

Playing off the classic film Love & Basketball, the pair of Durk and Dej continued to play on the manufactured ‘will they, won’t they’ that was bound to come with a song like “Ms. Beyonce” which features Durk yelling Ms. Carter’s name in auto-tune screeching that comes off as a weird way to profess your feelings for a woman. The kiss looks forced, the TMZ posts come off as staged, the stories look like they were ghohstwritten by publicists, and the whole thing just comes off looking corny, as if both Def Jam and Columbia teamed up here because they really weren’t sure about how to market either act.

Adding salt to the wound was Dej’s track with Big Sean, “Back Up”, which saw her take a decidedly different tone from “My Beyonce” which positioned her as a much stronger character overall. Even then, though, her efforts to be an individual, she was relegated to Big Sean’s bride:

It seems that Columbia’s marketing scheme for female artists continues to be “link her with a male figure”. It happened with Iggy Azalea when she was oddly paired up with A$AP Rocky, Nicki Minaj early on with Lil’ Wayne and Drake. The list goes on. While I get that I may be an odd voice to advocate on this particular topic, it just seems to be so obviously egregious I couldn’t stand by and watch this mockery go on any longer without speaking up. Being fair, the practice can be traced back to Murda Inc’s unwillingess to 1. allow Ja Rule to make a song without a female hook and 2. have any female act step out on their own. It’s a symptom of the game, I suppose.

With all that said: let Dej Loaf live! Rapsody had the number one guest verse on the album of the year (Kendrick’s To Pimp a Butterfly). I would love to see Dej allowed to follow her own creative path rather than jumping through hoops for a quick fifteen minutes of label pressures and public expectations.