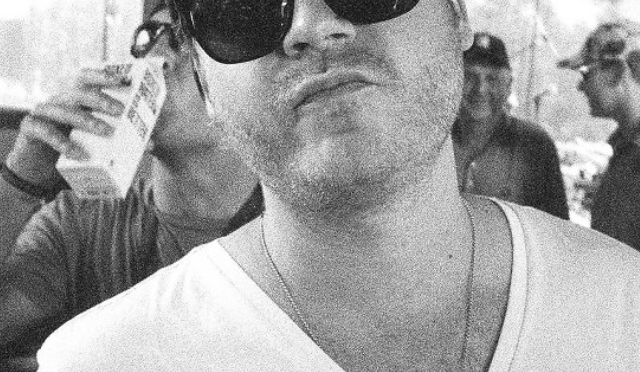 Since starting the hip-hop blog Fake Shore Drive in 2007, Andrew Barber has consistently shone a light on Chicago’s lesser-known rappers.

On Thursday, through a partnership with the RedBull Sound Select concert series, Barber will continue to do what he does best — helping to curate a Chicago hip-hop showcase as part of the “140 Hours to Austin” lineup at the Texas city’s South by Southwest music festival.

“We really just want to get people to see local talent,” said Barber.

The first show in the concert series, held last month at the Bottom Lounge, doubled as a quasi-battle of the bands as Chicago artists Tree, ShowYouSuck and Sasha Go Hard, went head to head for a spot in the SXSW showcase. In online voting, fans selected Bridgeport native ShowYouSuck [Clinton Sandifer] as the winner.

“Andrew and Fake Shore were one of the first to give lesser-known acts a shot and they continue to do that,” ShowYouSuck said.

“I felt like there were a lot of missing parts to the Chicago hip-hop scene — there was a whole story not being told,” Barber said of his blogging efforts.

Acting as the de facto source for the rap happenings in the city, the website rode a wave of emerging local artists such as Bumpy Johnson and Lupe Fiasco, as well as the resurgence of more established acts like Common and Twista. Barber has now turned his attention to a fresh crop of young talent, led by Chief Keef, Chance the Rapper and Lil Durk, who have grabbed the national spotlight as well.

“Andrew has put time and concentration into Chicago that has given artists the ability to be seen outside of their city,” said Miranda Govea, ShowYouSuck’s manager. “It’s important to have Chicago represented by people who are constantly looking to build and create.”