The city of Chicago has become synonymous in recent years with exceptional musical talent led, in large part, by the city’s vibrant hip-hop scene. While acts like Chance The Rapper, Vic Mensa and Kanye West enjoy the current limelight, pacing music both national and beyond, the path to the top wouldn’t have been possible without pioneers like legendary group Do Or Die. The trio, made up of Belo Zero, N.A.R.D. and AK, developed the blueprint of hustles necessary to make it musically in a city without a true industry. And now they’re continuing to prove they are capable of making the kind of songs that brought them to prominence over 20 years ago with the Sept. 18 release of their first studio album since 2006, Picture This 2, on Rap-A-Lot Records. END_OF_DOCUMENT_TOKEN_TO_BE_REPLACED 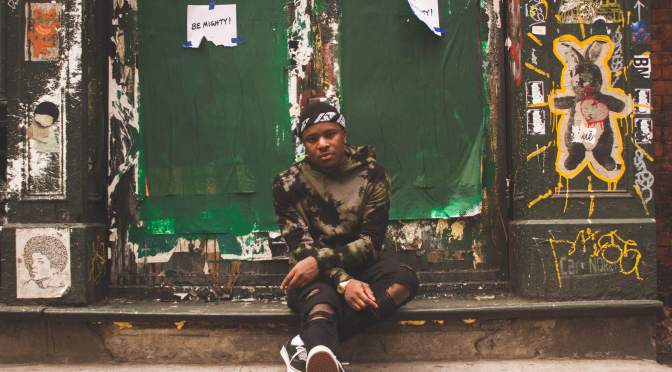 Hip-hop has always been a storyteller’s game at heart and 23-year-old DMV native Jay IDK has plenty of his own on his sophomore album, SubTrap released in July. IDK, which stands for “Ignorantly Delivering Knowledge,” is the baseline from which the project emanates. Stitching together a series of experiences he garnered during a five year journey from high school to prison to college, IDK tells the stories of those he came in contact with as a way to explain middle America in 2015. END_OF_DOCUMENT_TOKEN_TO_BE_REPLACED

Two years ago I stood on the floor of The Metro in the shadow of Chicago’s Wrigley Field and watched as Chance The Rapper turned a crowd of teenagers and kids in their early 20s into a frenzy. It’s crazy to think it’s been two years since Acid Rap Live. The movement continued Saturday (May 16) as the latest member to emerge from the local SaveMoney contingent took his place alongside Chancelor Bennett and Vic Mensa, proving himself a formidable act on the strength of his recent release,.Wav Theory. END_OF_DOCUMENT_TOKEN_TO_BE_REPLACED

The ripples of Kanye West were abundant at the Chop Shop in Chicago’s Wicker Park neighborhood Friday night for 21-year-old Vic Mensa’s homecoming. That the show sold out in under 20 minutes was no surprise given the hometown hero’s recent ascendance via Yeezy. Fresh off unveiling “Wolves” alongside ‘Ye at Saturday Night Live and then again the following week in London, the show was the city’s first glimpse of Vic as a bonafide star that many watched grow from day one. END_OF_DOCUMENT_TOKEN_TO_BE_REPLACED 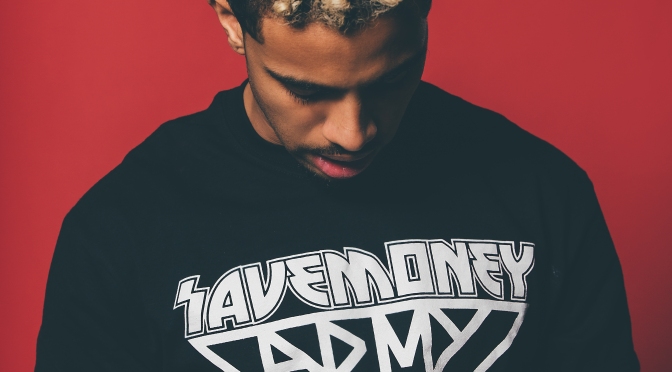 If you’re at all familiar with the burgeoning Chicago hip-hop scene, then the name SaveMoney should carry some weight; the multi-faceted collective has been at the forefront of the local scene for some time. Championed by Vic Mensa, the crew of longtime friends is comprised of 20-something creatives, students, artists, activists and entrepreneurs counting the likes of Chance The Rapper, Donnie Trumpet and the Social Experiment band in its auxiliary ranks. While not exclusively a hip-hop group, SaveMoney has become a force in the rap world with a packed lineup that is both based in the nuances of classic hip-hop and pushing the envelope for what the genre entails.

It’s a patchwork of styles, aesthetics and sounds that make up the whole, much like the city they’re from. Hailing from a place billed as one of the “most segregated cities in the world,” children are gunned down for walking on the wrong block in their own neighborhoods. SaveMoney, with members that come from all sides and corners of the city, operates as a uniting force that is representative of the future while staying rooted in the facets that have paced Chicago for generations.

While many may know of Vic and Chance, both of whom were XXL Freshmen in 2014, the group boasts a wide-ranging variety of hip-hop intonations that run the gamut of what listeners have come to expect from the Midwest and has allowed the roster to develop into a “next-up” type of situation that has seen each artist release critically-acclaimed projects, sell out local venues and find fans both in and out of their city in the process. Unlike New York City or Los Angeles, Chicago isn’t particularly known for its forward-thinking fashion, it’s artistic intonations or eye for aesthetics. However, this band of kids, raised in the Internet age, is representative of the contemporary, progressive thinking of a new generation that has not only pushed the envelope, but found eyes and ears across the country in the process. While the north, south and west sides of the city may be geographically close, they can often feel like completely different places with separate sub-cultures and influences throughout. SaveMoney, however, has relied on an interplay of every side and corner of the city to create a truly layered representation of their hometown that defies any set boundaries in the process.

Last year, Vic Mensa performed for the second time at Lollapalooza, a festival he almost died sneaking into, and joined Chance on the final night as a headliner. With as much diversified talent as SaveMoney has as a whole, it’s not out of the question to think that might become a regular thing for years to come. The collective has grown, matured and seems ready to take on anything in it’s path, while still remaining close friends in the process. XXL spoke to Vic Mensa, Joey Purp, Towkio, Caleb James, Brian Fresco, KAMI, Dally Auston and Sterling Hayes to find out what makes them tick. —Jake Krzeczowski END_OF_DOCUMENT_TOKEN_TO_BE_REPLACED 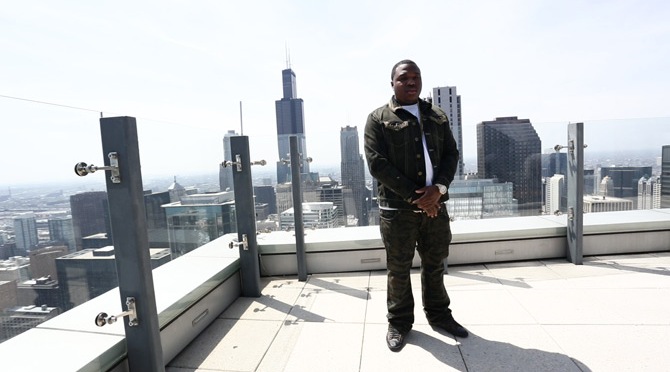 Crossing the street and entering the ice cream parlor it was easy to pick out Bandman Kevo. Clad in sweatpants and a pair of Louis Vuitton sneakers, he stood out from the typical Baskin Robbins patron. Shaking hands with the rising 24-year-old hip-hop artist, who has taken his hometown of Chicago by storm with a series of lavish, gold-encrusted singles that have seen regular play both on Chicago’s Power 92.3 & 107.5 and the web, he approached the counter and ordered. After grabbing me a mint chocolate chip shake and a sundae for himself, we crossed the street, entered his building, and headed up the elevator. END_OF_DOCUMENT_TOKEN_TO_BE_REPLACED 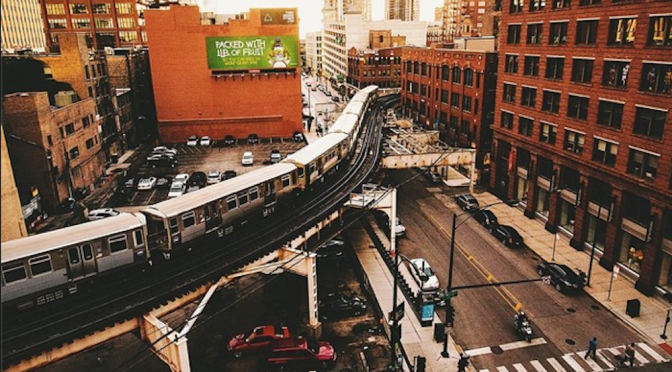 Chris Classick started his studio out of his parents basement over fours years ago. Today, he oversees one of the busiest sound booths in Chicago with a team of engineers and a client list that would make even the most on-point blogger blush. I remember stopping by last summer before North Coast festival as Chance The Rapper and his production team were cutting the early versions of “You Song” with Lil Wayne with tireless engineer Elton Chueng.

To be honest, stopping by the studio located on the near west side of the city at any time of the day or night could mean bumping into a who’s who of the local scene that makes the installation of a revolving door a solid investment. If you’re listening to anything coming out of the indie side of Chicago, there’s a good chance it was recorded at Classick Studios. END_OF_DOCUMENT_TOKEN_TO_BE_REPLACED

If you’ve been to a festival or accessed the Internet anytime over the past few months, it’s pretty certain that you’ve heard something that’s been touched by The Social Experiment. Chance The Rapper’s in-house band and production team—comprised of Peter Cottontale, Nico Segal, Greg Landfair and Nate Fox—has been busy since releasing Acid Rap last April. That included crisscrossing trips across the country playing sold out venues as well as spending time in the studio with the likes of Skrillex, SZA, Jeremih, James Blake and Justin Bieber, just to name a few.

Producing sonically beautiful backing tracks that are both a play on the pillars of Chicago music thus far and a trajectory forward of where it can go, this group has been able to make hip-hop music that is palpable to the general public. Currently working on the follow up to Acid Rap, each of the members of the collective have plans for solo albums over the next year that should prove to continue the forward-thinking production across the spectrum of music. END_OF_DOCUMENT_TOKEN_TO_BE_REPLACED