On Chancelor Bennett’s sophomore mixtape, “Acid Rap,” he rhymes on “Paranoia”: “It just got warm out/this the s— I been warned about/I hope it storm in the morning/I hope it’s pouring out.” For those in-the-know about Chicago summers, it’s a nod to the dramatic uptick in gun violence that tends to follow the rising temperatures. END_OF_DOCUMENT_TOKEN_TO_BE_REPLACED

The Chicago kid who released arguably the year’s hottest, free hip-hop album returns to town this week for his debut headlining tour, dubbed the “Social Experiment Tour.” For his first show home since he performed at Lollapalooza earlier this year, tickets to the first show sold out so fast that a second was quickly scheduled and just as quickly
sold out.

“The whole thing has just been crazy,” said Chance during a break from rehearsal last month. “I definitely thought it might sell out, but not as fast as it did. The whole show is different from what we’ve done before, so it’ll be cool to show it to Chicago.” END_OF_DOCUMENT_TOKEN_TO_BE_REPLACED

Chicago’s rise as a mecca for electronic dance music continues this weekend with the Spring Awakening Music Festival, a global gathering of dozens of DJs and producers, which runs Friday through Sunday at Soldier Field.

Last month, the internationally touring Electric Daisy Festival made its local debut at the Chicago Speedway in Joliet, and now Spring Awakening returns for its second go-around as it transforms the home of the Bears into a neon-and-glowstick mega-party over four stages. The festival, which expands to three days this year, is a star-studded event, with big EDM names such as Calvin Harris, Bassnectar and Moby as headliners. END_OF_DOCUMENT_TOKEN_TO_BE_REPLACED

Since the Internet turned the industry upside down more than a decade ago, “making it” in music has been largely relative.

The Electric Daisy Carnival has officially put its name on Chicago — or Joliet, rather.

The inaugural three-day electronic dance music festival began Friday with unseasonably cold weather that did little to curb the steady stream of under-dressed fans who flocked to the five stages. END_OF_DOCUMENT_TOKEN_TO_BE_REPLACED 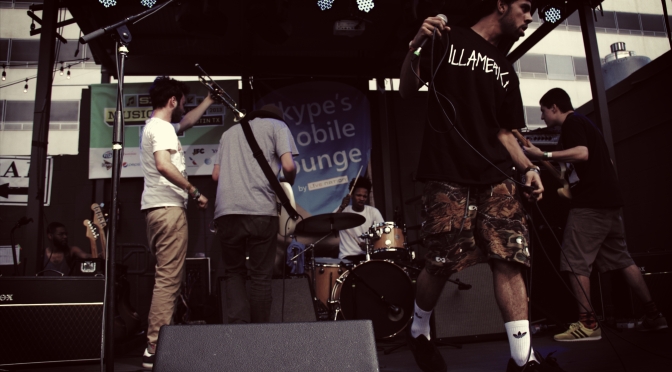 Just when it looked like they were really going to go places, Chicago band Kids These Days has split up.

The young South Side band, which encompassed a multitude of styles, just released its acclaimed debut album, “Traphouse Rock,” last fall. In little more than a year, the pop-rock-rap collective landed gigs at Lollapalooza and Coachella, a showcase at South by Southwest and an appearance on the TBS talk show “Conan.” END_OF_DOCUMENT_TOKEN_TO_BE_REPLACED 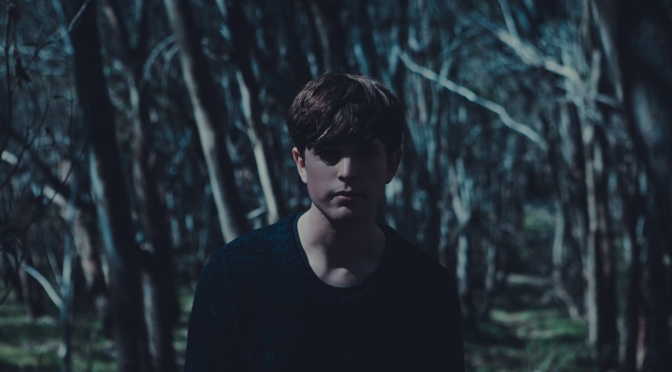 By Jake Krzeczowski (Originally Published for the Chicago Sun Times)

On Thursday, that road leads to the Metro, where the British artist’s intriguing combination of live instrumentation and digital production will be on display for a sold-out show.

While across the musical landscape there has been talk of the laptop replacing the guitar as an introductory instrument, the 24-year-old Blake, who took piano as a child, viewed the computer as a sort of means to an end. END_OF_DOCUMENT_TOKEN_TO_BE_REPLACED 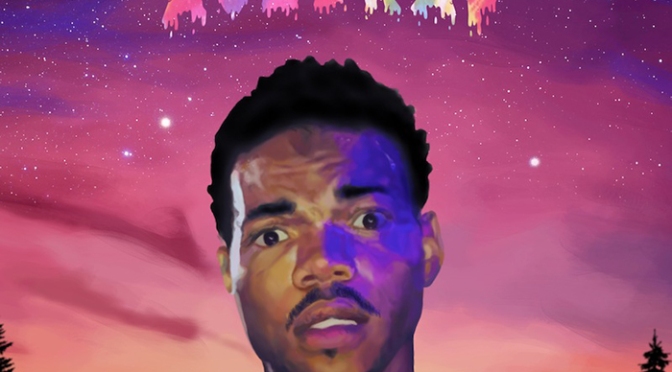 One of the most difficult feats in hip-hop is the ability to create a fully cohesive project. Rising Chicago artist Chance the Rapper did that on his debut, “10 Day.” With “Acid Rap,” his follow-up mixtape, he proves it was no fluke as his latest adds to the composite picture of Chance as an artist and a person.

“Acid Rap” picks up where his debut left off, as the lead track, “Good Ass Intro,” starts off with a familiar blend of soul-and-juke aesthetics that have become Chance’s calling card. The track also is completely Chicago, with production from his go-to team of Peter CottonTale and Stefan Ponce blending with the sultry sounds of Lili K and Kiara Lanier and vocals by BJ the Chicago Kid. With horns, thoughtful lyrics and a throbbing bass, it’s obvious why Pitchfork Media recently named it as a “Best New Track.” END_OF_DOCUMENT_TOKEN_TO_BE_REPLACED

The album may not be her own but the title’s sentiment certainly resonates with Chatham native Kiara Lanier.

As a contestant on “American Idol,” Lanier spent her days at the edge of a dream before being eliminated recently in the semifinals.

“It’s ultimately benefitted me by just growing my confidence, pushing me to go to the next level,” said Lanier, 22, who plays Reggie’s Rock Club as part of a release event Saturday for Mike Gallagher’s album, “The Edge of a Dream.” She also will join Matt Santos at SPACE in Evanston for an all-ages show Friday. END_OF_DOCUMENT_TOKEN_TO_BE_REPLACED

For the Chicago Sun Times

Most 24-year-olds spend their time wallowing in dirty laundry and worrying about rent money.

Jeremy Steele, better known as electronic dance wunderkind Flux Pavilion, spends his time routinely rocking crowds of 5,000-plus with the likes of fellow EDM artists Skrillex and Knife Party. He performs Friday in an 18-and-older show at the Congress Theater. END_OF_DOCUMENT_TOKEN_TO_BE_REPLACED

For the final #MildSauceLive interview of the decade I got together with my good friend @naelshehade who’s been a constant for myself and many other creatives in chicago and found success in bothering music (@thedramaduo) & other endeavors (@_kakeme) tune into episode 20 on @spotify @youtube & everywhere else and catch the full lineup as well. Catch ya in the new year.
Another @leoburnett breakfast in the books. S/o to my photographer @thatscoolhealy 😂
Thankful this year for everyone I’ve been able to meet and share stories with over the last 10 years. Especially Nehanda Abiodun who we lost earlier this year. I was fortunate to spend time with the Godmother of Cuban Hip-hop, political activist and exile, mother and much more on several occasions and her story won’t soon be forgotten. #happythanksgivng
Here’s a few shots c/o of @delilahmind plus a clip from my show on .org @sandersesq last week at @soundscapestudios. Catch the whole episode on @spotify and @youtube streaming now under Mild Sauce Live. #chicago #inconversation #podcast #talkshow #radio #musiclaw
My latest story for @newcitymag was fun catching up with @realcottontale before his set at @redbullmusic #BlackMonastic show tomorrow. Check it out at the link on the bio. ALL PHOTOS BY @delilahmind
Back doing what I love to do and more. New stories, podcasts, etc coming soon. 📸 • @delilahmind