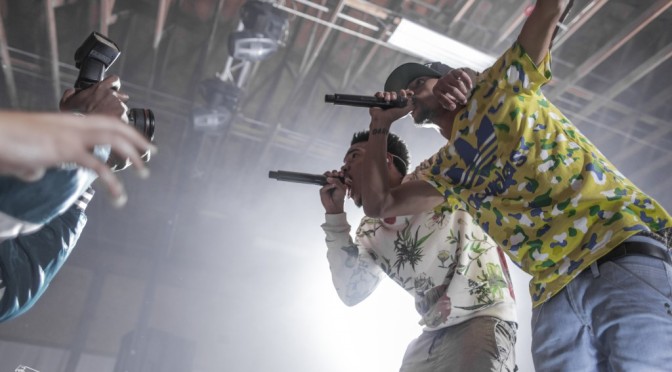 Chance The Rapper opened his debut headlining Social Experiment tour two and a half hours south of his hometown of Chicago on Friday October 25. Photographer/videographer Bryan Lamb and myself made the trip and were on hand for all the festivities as Chance and crew kicked things off at the University of Illinois. A majority of Save Money made the trip south,  joining Chano onstage was none other than Vic Mensa who himself is currently between tours with J. Cole and Disclosure.

The set was the culmination of weeks worth of rehearsals and practice for Chance, Music Director Peter CottonTale and the rest of the backing band and sound crew including Greg Landfair, Nico Segal and Jake Lipp who rented out both the Metro and Reggie’s to get a go-around of the stage set-up, lights and combination of both a solo part of the set, as well as one with the band. What the U of I crowd got was one hell of a show that went off as smooth as one could expect given the circumstances and which upped the bar for the remainder of the shows on the tour. Both CottonTale and Lipp, working behind the scenes, were pleased with the show and the fact that there were no major hiccups. Bryan (FragDFilms) did his thing and captured the first stop of the tour in the photos and video below, check it out and stay hooked to RH for continuing Social Experiment coverage. 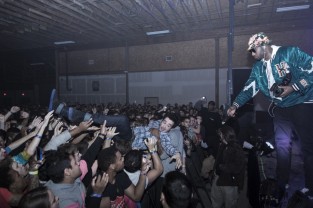