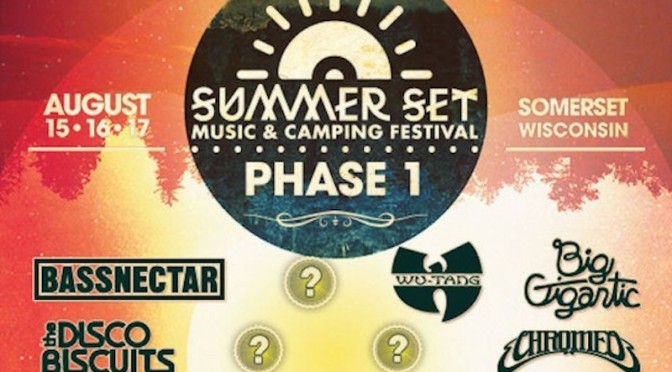 Well, if South by Southwest wasn’t the official starting bell for festival season then Coachella certainly set things off last weekend as seemingly everyone and their mother descended upon Indo, California for the annual star hangout. Continuing with the roll out of the 2014 crop of mega-shows was the announcement today of Phase 1 of Summer Set Music Festival in Somerset, Wisconsin.

Unveiled in the initial release is an eclectic lineup that includes headliners Wu-Tang Clan, Big Gigantic and Bassnectar as well as a solid cross-section of Hip-Hop and EDM with Chance The Rapper, Cherub, Schoolboy Q, Datsik and more rounding out the first wave of artists. The electronic world has been claiming supremacy over summer festivals and they may have a bit of a point, but Summer Set seems to understand you need a bit of everything.

SSMF goes down August 15-17 at the Somerset Amphitheater in Somerset, Wisconsin. Check out the teaser video for this year’s edition, below. For tickets and additional details, check the official site, summersetfestival.com/2014/.