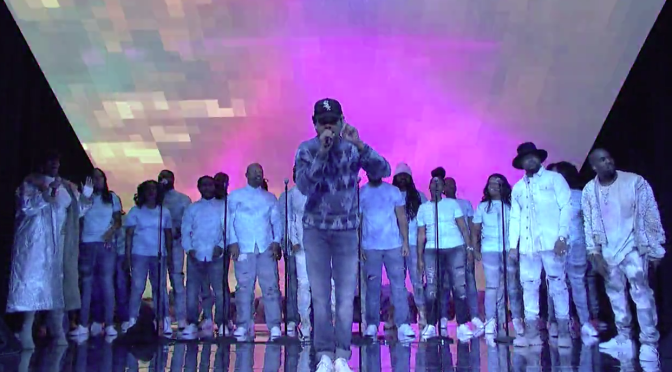 Here in Chicago, there are two distinct movements when discussing the local hip-hop scene. For most, there are two important eras that pace the scene: the Kanye wave and the ‘New Age’ wave. The former took place from roughly 2002 to about the time ‘Ye became a household name capable of upsetting even the President of the United States. The second is still going. Having developed over the last five years or so, it has grown out of a combination of separate movements in the city that culminated this past week in the crossover of Chance The Rapper as West appeared to pass the torch in a way on the stage of Saturday Night Live. It’s a collaboration that has been dreamed of by those locally for years and comes at a time when each is at the most influential points of their respective careers. It’s a collaboration that essentially sees ‘Ye interacting with the embodiment of his own influence. More than anything though, it’s a closing of the gap between the pair of movements that have positioned Chicago as the next great center of music and hip-hop.