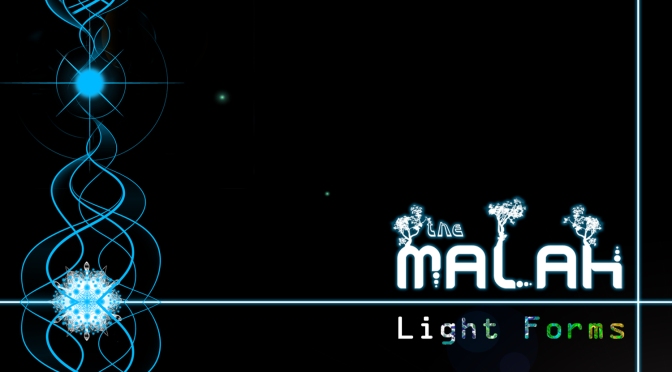 As the culture of electronic music has pushed its way into mainstream miasma, artists from far and wide have found new and interesting ways to incorporate the intricacies of largely computer-generated tunes with live instruments to create a wholly new sound. One of the most refreshing instances to hit the scene during this time is the Denver, Colo., trio, The Malah, who blend the aesthetics of a jam band seamlessly with throbbing bass and synth lines into a trance-like euphoria on their latest album, Light Forms.

The Malah open up their newest offering since 2010’s Live From Earth by allowing the listener to ease into the funky, grooving texture on the first track, “Lights” which employs a rolling rhythm section accompanied by light electronic aesthetics. The aptly-named song offers a light glimpse into what the album has to offer from there on out.

With criticism beginning to run rampant in the DJ game these days for a perceived lack of live-performance ability (see Swedish House Mafia), a premium has been placed on the ability to create the electronic sound on cue with live instrumentation. The Malah find themselves poised to strike on the rising popularity that acts similar to them have only begun to find.

As seems to be par for the course on Light Forms, each track gets increasingly different from the one before. “As Above So Below” features a series of rocking piano solos that feel like an amped-up Billy Joel sample which is paired with light synth work and the ever-present guitar rhythm that is the obvious trademark for the group.

“Rectangle” also switches things up a bit by providing anything but straight lines as grooving bass lines drive an interesting blend of jam-rock and moaning synth with a rasta-inspired wah-wah guitar to boot. The resulting sound is reminiscent of an upbeat Radiohead tune, minus the wailing of Thom Yorke.

The Malah produce a refreshing aesthetic sound that is both experimental and poignant to today’s burgeoning music culture. At a time when festivals like Bonnaroo, Lollapalooza and Camp Bisco are offering a smattering of both jam bands and electronic artists, this trio appears poised to raise the bar to another level through their incorporation of both into a live-performance dynamic.