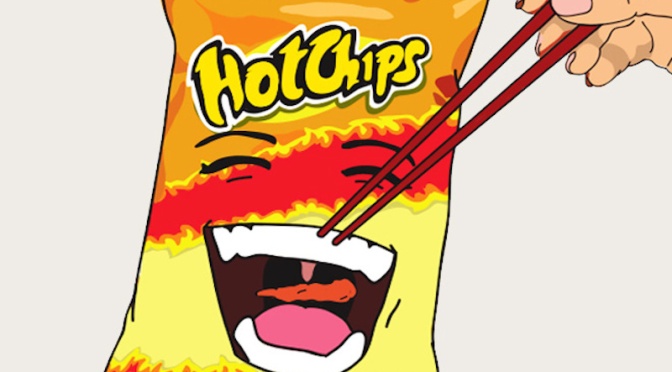 If you want some good music out of Chicago, the SaveMoney clique is a good place to look. If you’re looking for something unique that will get your feet moving? Look no further than Towkio (formerly Tokyo Shawn). From head to toe, note to lyric Towkio is a unique talent that has been brewing on Chicago’s underground for some time now. As Vic Mensa and Chance The Rapper have ascended to the stratosphere, Towkio may well be one of the city’s best kept secrets.

Secrets have a way of being told and I was surprised to see the Hotchips N Chopstix EP drop seemingly out of nowhere. Needless to say I immediately dug into the latest from Towkio. The young artist has had a penchant for off-beat production since “Holla At My Guala” and continues that with his sort of conversational shouting accenting the chopped juke beat on “Ready” which features a breakdown that rivals a DJ Mustard product as Towkio asserts himself: “I’m ready, I can’t wait.”

If anything, Towkio is honest and up front throughout the short project, not afraid to talk about those around him while letting listeners know he’s prepared to take the stage and prove himself after watching his peers do the same. On “Abstract” Towkio questions his work and why it’s taken him time to get to this point, admitting: “Ok, I make art, make sense/Matter fact maybe my work is too abstract/And it go over heads/carry on.” This self-realization comes over a sampling of the infamous Sway/Kanye interview from his Yeezus PR push. The Kanye sample works, as Towkio expresses an unwillingness to fit in or conform to what some may expect from him.

Towkio has been due for this one. I’ve been waiting to hear a project like this from him, strung along with dope videos like his “I Know You” visual shot by Peter Campbell. Anyway, the whole thing is a tease for his full-length, The .Wav Theory, due out later this summer.