No matter how prepared I get, South by Southwest seems to sneak up on me. This year, though, preparedness is at a premium. As the festival balloons larger and larger each year, it brings with it a more bountiful harvest of talented artists along with it. In the spirit of getting ready to soak in ridiculous amounts of music over the next week and a half or so, I decided to put together a list of the bands, acts and artists that I am most excited to catch while down in Austin for my annual pilgrimage. Hit the jump for the full list.

1. Bishop Nehru: At 16, this New York City product already has better connections than artists decades his senior. With a co-sign from Nas, a track with Disclosure, a tour with Wu Tang Clan under his belt and a highly-talked about rumored album with none other than MF Doom in the works, Bishop Nehru isn’t in dire need of being put on. After coming up on the OddFutureTalk online forums as Kile Kanvas, the young artist made waves after being named as WorldStarHipHop’s ‘Youth Rap Talent of the Week’ in July 2012 and Hot97 named him to their Who’s Next segment. His last project, Nehruvia, released when he was 15 featured production from DJ Premier, Madlib, J Dilla and more. That’s quite an act to follow up. Catch Nehru at 512 Rooftop (408 E 6th St) on March 13 at noon and at The Majestic on the following day.

2. The Tontons: I had a chance to interview The Tontons late last year while covering Fun Fun Fun Fest during my last trip down to Austin. At the time, lead singer Asli Omar and crew were preparing for the release of their album, Make Out King and Other Stories of Love, which dropped last month to well-placed critical review. The Houston band has created a homegrown following, even counting unofficial mayor Bun B as one of their biggest fans. In the few months since I last caught up with them, the group has realized much of the success that was on the horizon then. This summer they will play Hangout Fest and Firefly and head to France in April for a short tour. The Tontons play March 12 at the Big Picture Media showcase, click here for the rest of their schedule!

3. Taylor Bennett: Last year, a somewhat-known hip-hop artist from Chicago by the name of Chancellor made the 16 hour trip south from Chicago for SXSW, a month later he dropped a free album and took over the rap scene. Last year, Taylor Bennett’s older brother Chance wowed crowds with his eclectic, energy-filled set. With a true rapping talent that allows him to spit so fast he can seem as though he will asphyxiate at any moment, the younger Bennett is no tag along tale. Having sold out several shows in his hometown, it will be interesting to watch Taylor take his talents south to Austin for the first time. Catch Taylor March 14 at the REVOLTV/House of Faura showcase with SaveMoney & Chuck Inglish.

4. Njomza: Njomza is an artist that only recently entered my personal lexicon, but has continued to appear and pop up. This talented, no-holds-barred songstress from Chicago paired with Mac Miller’s Most Dope label to release her debut project last year, Gold Lion. It wasn’t quite what you would plan to expect from the 19-year-old, but her voice and openness in her music have won her fans both in and out of the industry. Yet to see her live, I look forward to seeing the tracks from her project come alive in real life. Catch Njomza at the Chicago Connection showcase on March 15, full schedule here.

5. Cheers Elephant: I hadn’t heard much about Cheers Elephant before I began my preparations for SXSW coverage this year. On the Big Picture Media showcase with The Tontons, this Philadelphia-based folk rock group caught my ear almost immediately as I sifted through an assortment of Soundcloud links from different artists on their way down. To be honest I’m still learning much about the group, but as I listen through Cheers Elephant’s music it is hard to imagine it bringing on anything but good vibes if paired with a cocktail and the Austin sun.

6. Milo & Otis: I made the mistake of the year in accidentally not including this duo on my list of “Chicago Acts to Watch in 2014” and I’m fully positive the duo of Milo & Otis will prove me wrong this year. The pair of Brown University grads make their SXSW debut this year at the SEAC showcase on March 12 a t Lambert’s in the lead-up to their latest project, Almost Us, the follow-up to 2012’s talented rendering, The Joy. Their new track, “Entire” premiered today on CMJ, with a video to follow. Definitely don’t miss out on Milo & Otis.

7. The Orwells: There isn’t a ton left to say about The Orwells. The rock group from Elmhurst, Illinois has been damn near snapping necks in the way they’ve made critics and fans alike take notice. Following a rousing performance on The Late Show with David Letterman, the group has toured the country, is currently preparing a new album and has all the suburban angsty-goodness that comes with a really solid rock group. They may look young and innocent, but don’t take The Orwells lightly. They play The Hype Hotel March 13 at 9:30, click here for more showtimes. 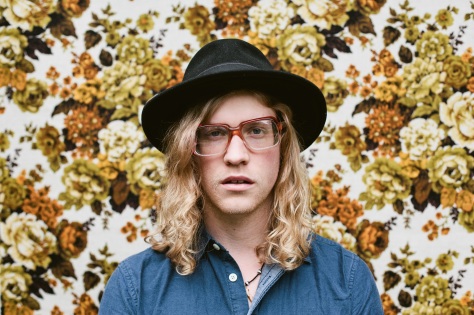 8. Allen Stone: Last year, with some convincing from Peter CottonTale and Lili K, I stuck out a scorching hot afternoon in the sun to catch R&B/Soul singer Allen Stone. I’ll admit I had no idea what I was getting myself into as the Washington native brought the temperature up with his scintillating vocals, impressive voice control and poignant lyrics that came together for one of my personal highlights from last year’s SXSW. As far as I know, Stone only exists on that stage in Austin. Check him out at the All Together Now showcase March 17. Click here for more dates.

9. RadKey: RadKey is the trio of hard rocking brothers from St. Joseph, Missouri that entered my radar around the time Riot Fest time came around in Chicago. The triumverate of rock, and an ode to the band Death in both sound and make up, RadKey is taking things their own way in their music, pushing boundaries with distinctly punk-inspired records on their impressive project, Devil Fruit, which brought to mind 80s-era punk and rock aesthetics. I fully expect this live show to be an impressive one. Catch them at the show at Hickory Street on Saturday, March 16, full schedule here. 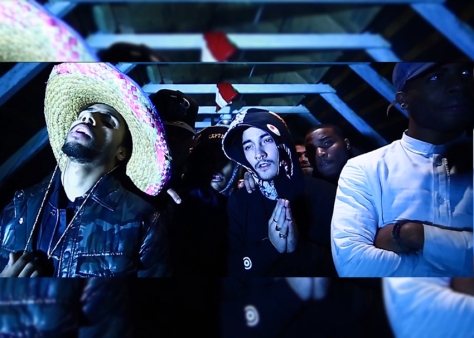 10. SaveMoney: I keep bundling SaveMoney because there’s just so much goddamn talent within this Chicago-based crew. Sure, I could break up acts like Kami de Chukwu and Joey Purp, but as good as they are solo, they’re even better together as Leather Corduroys. Add Tokyo Shawn, Caleb James, Brian Fresco and SaveMoney general Vic Mensa and you have a collective that can stack up man for man with just about any rap crew in the country. If you have the opportunity, do not miss the chance to take in the future of hip-hop. SaveMoney will be performing March 15 at the RevolTV, House of Faura showcase.

11. Auggie The 9th: This will not be the first South by Southwest for Treated Crew and LOD affiliate Auggie The 9th. The eclectic ball of energy has been part of fellow Chicago artist ShowYouSuck’s shows for the past few festivals, navigating the showcase circuit as a hype man for Show. With that experience in his back pocket, Auggie arrives in Austin this year hungry to make his solo mark on a festival he should feel very comfortable in. Catch Auggie at the Chicago Connection showcase March 15.

For the final #MildSauceLive interview of the decade I got together with my good friend @naelshehade who’s been a constant for myself and many other creatives in chicago and found success in bothering music (@thedramaduo) & other endeavors (@_kakeme) tune into episode 20 on @spotify @youtube & everywhere else and catch the full lineup as well. Catch ya in the new year.
Another @leoburnett breakfast in the books. S/o to my photographer @thatscoolhealy 😂
Thankful this year for everyone I’ve been able to meet and share stories with over the last 10 years. Especially Nehanda Abiodun who we lost earlier this year. I was fortunate to spend time with the Godmother of Cuban Hip-hop, political activist and exile, mother and much more on several occasions and her story won’t soon be forgotten. #happythanksgivng
Here’s a few shots c/o of @delilahmind plus a clip from my show on .org @sandersesq last week at @soundscapestudios. Catch the whole episode on @spotify and @youtube streaming now under Mild Sauce Live. #chicago #inconversation #podcast #talkshow #radio #musiclaw
My latest story for @newcitymag was fun catching up with @realcottontale before his set at @redbullmusic #BlackMonastic show tomorrow. Check it out at the link on the bio. ALL PHOTOS BY @delilahmind
Back doing what I love to do and more. New stories, podcasts, etc coming soon. 📸 • @delilahmind